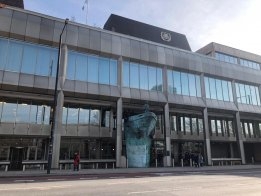 The IMO holds its meetings at its headquarters in London. Image Credit: Ship & Bunker

The International Maritime Organization (IMO) is set to elect a new secretary general next year.

At an IMO Council meeting earlier this month member states approved plans to hold the election at the July 2023 council session, the UN body said in an emailed statement on Tuesday.

"Following the election in July 2023, the decision of the Council will be submitted to the 33rd session of the Assembly of IMO in late 2023, and the elected Secretary-General will take office on January 1st, 2024," the organisation said in the statement.

The current secretary general, Kitack Lim, has served in the role since 2016.