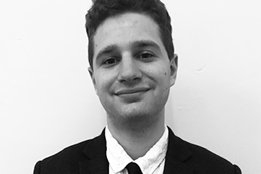 Physical bunker suppliers will play an important role in the industry achieving a high level of IMO2020 compliance, says ClipperData.

This is despite the fact that, come 2020, suppliers will have no formal obligation to ensure vessels lifting high-sulfur fuels are fitted with a working scrubber capable of achieving the required compliance level.

"Our forecast for noncompliance is a bit more conservative than other estimates. While OPEC put noncompliance measured by illegal consumption of HSFO at around 30%, we expect something closer to 10%," says Josh Lowell, an energy analyst at ClipperData, who recently discussed his company's latest IMO 2020 forecast with Ship & Bunker.

"We think physical bunker suppliers will be reluctant to sell non-compliant HSFO to vessels without a scrubber for fear of reprisal from port states."

Like many others, Lowell sees MGO being the fuel of choice for 2020 but LSFO to still make up 32% of marine fuel demand next year.

"MGO will then fade away as shipowners become more comfortable with the new LSFO fuels, and by 2025 we expect LSFO and MGO to take up roughly the same market share at approximately 35% of global bunker fuel consumption apiece," says Lowell.

For comparison, IEA in its latest Oil Outlook 2019 sees LSFO and MGO having an equal 38% market share in 2024.

What impact scrubber-equipped tonnage will have has been hotly debated, with some seeing HSFO demand as high as 50% of current levels despite a relatively tiny number of ships being fitted with the technology.

Lowell believes HSFO demand from scrubbers will account for 17.5% of overall marine fuel demand in 2020.

Unlike some other industry voices, he also believes the economic incentive to install a scrubber will continue beyond 2020 as the global market grapples with the glut of HSFO.

"We expect scrubbed HSFO will constitute 28% of marine fuel demand in 2025," he says.

As for LNG, despite the best efforts of advocates, Lowell sees it remaining as a niche fuel.

Further IMO 2020 analysis from Lowell and ClipperData can be found here: https://info.clipperdata.com/b2020samplereport

The government set out the measure in a regional business development plan published last week.

The firm's new office will be led by Kelsey Ware, the company's trading director for the Americas.