The Future of Shipping "Must Eventually Be Fossil Fuel Free": ICS 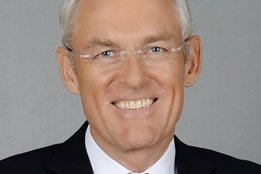 The shipping industry must eventually stop using fossil fuel bunkers, but it will take "several decades" before this can be achieved, says the International Chamber of Shipping (ICS).

The comments were made at the Chamber's recent AGM in Istanbul, and came alongside a call for the International Maritime Organization (IMO) to adopt some "dramatic" CO2 reduction objectives.

"Dramatic CO2 reductions alongside increasing trade can only be achieved with the development of alternative fossil-free fuels – something which needs to be identified by the IMO strategy," said ICS Chairman Esben Poulsson.

The long term future of the industry, like the rest of the world economy, must eventually be fossil fuel free.

"The long term future of the industry, like the rest of the world economy, must eventually be fossil fuel free. The trajectory for getting there, not least the development of alternative fuels, could well take us several decades. But this will only be achieved if the industry itself pushes for the adoption by IMO of some suitability ambitious objectives so that all concerned are under no illusion about the scale of the task ahead."

This is not the first time in recent months that ICS has addressed the challenge of developing alternative bunker fuels, having stated earlier this year that a dramatic reduction in C02 emissions from shipping "will only be achievable with alternative marine fuels which do not yet exist."

ICS' position echoes comments from Dr Michael Traut, Research Associate at the Tyndall Centre, University of Manchester, who last year told Ship & Bunker that decarbonisation and the replacement of traditional bunkers with alternative fuels or other technology is the only way the shipping industry can adequately reduce its emissions in line with the COP21 global climate deal.

Pierce Conlin has joined the firm in Miami as marine sales and operations specialist.