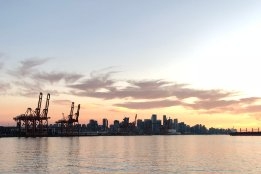 Holland America Line says it has sold four of its vessels to undisclosed buyers.

The sale comes at a difficult time for the cruise industry as a whole as it battles with restrictions put in place to address the COVID-19 pandemic.

Other measures taken by Seattle-based Holland America include the cancellation of all is 2020 cruises from the Port of Vancouver.

This follows a ban put in place by Canada preventing cruise ships carrying more than 100 people from operating in Canadian waters until at least October 31 - a move that has also had significant consequences for the local bunker supply market.

Despite the difficult circumstances, the sales was seen to have some positives.

"I do like to see these ships being moved on because they are older. They are less fuel-efficient,” Robertson told local news outlet CTV.

“It makes way for these newer, more fuel-efficient ships to come in to Victoria.”

But Algeciras, where sales rose 11%, was among the Spanish ports that saw volumes increase for the month.

"We will continue with our focus both on this region and global expansion," IME says.