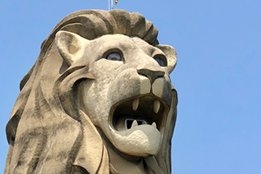 Singapore's bunker business is one of the beneficiaries of recent oil tanker troubles in the Middle East.

Attacks on four tankers this year have driven up insurance costs and vessels are reducing the amount of time spent in the region as a result, according to market sources.

This includes spending time to lift bunkers in Fujairah, with buyers instead choosing to do their business in Singapore despite its HFO prices being significantly higher.

"$50 per ton below Singapore? Bargain, if you can cover the war risk premium," a Singapore-based bunker trader was quoted by Reuters as saying.

Ports in India and Sri Lanka are also seeing extra demand diverted from Fujairah, according to the report.