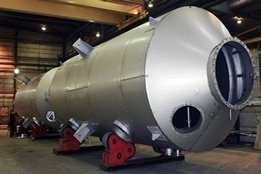 More effort is needed to understand the impact of scrubbers on the marine environment, IMO's Sub-Committee on Pollution Prevention and Response (PPR) will hear next week when it meets in London from 18-22 February.

The conclusion is drawn from a study funded by the German Environment Agency (UBA) that will be presented at PPR's sixth session as part of a review of the 2015 Guidelines for exhaust gas cleaning systems, resolution MEPC.259(68).

The study, which has been seen by Ship & Bunker, looks at samples taken from five ships operating in the Baltic and North Sea SECAs.

The study also notes a discrepancy between discharge values collected in situ and from the ships' on-board monitoring systems, and while some negative values shown from ship equipment suggests more frequent calibration and maintenance of the system may be required, the study says it was not clear if issues with the in situ sampling procedure also impacted results.

All said, the study concludes that from the data that was obtained, the matter deserves further attention.

"The increasing application of EGCS on ships may improve the air quality in harbor cities and at sea, but will be a new direct pollution source to the marine environment, in particular of fossil fuel combustion residuals like PAH," the report says.

"Further research is needed to better quantify and evaluate the total impact on the marine environment of this new and emerging source."

The report comes at a time of significant public debate over the use of marine scrubbers, with recent pushback on the technology over its environmental credentials coming alongside open-loop bans by Singapore and Fujairah.

Scrubber advocates, meanwhile, maintain all the science points to scrubber operation not being harmful to the marine environment, with recently formed collective Clean Shipping Alliance 2020 (CSA2020) next week also set to present the results of various studies on the matter.

Meanwhile, Barclays lowers its forecast for Brent in 2022-23.