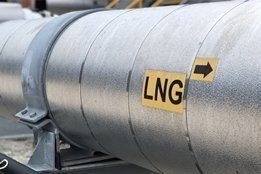 LNG bunkering industry bodies SEA-LNG and the Society for Gas as a Marine Fuel have responded to the publication of a new study on LNG's emissions, criticising aspects of it but saying more time will be needed to review its findings.

The report, published by the International Council on Clean Transportation (ICCT) Tuesday, claims LNG "emits between 70% and 82% more life-cycle greenhouse gas (GHG) emissions over the short-term" compared with marine gasoil.

"We were not contacted prior to the release - and need some time to review the report in depth - but our immediate comments are related to the assumptions and methodologies used and the lack of direct input from the engine manufacturers," the LNG industry bodies said in a statement released Wednesday.

The industry bodies pointed to a study published by consultancy Thinkstep in April 2019 that claimed LNG has 14-21% lower emissions than high sulfur fuel oil for two-stroke slow speed engines, and 7-15% less for four-stroke medium speed engines.

The bodies criticised the use by the ICCT of calculations based on 20-year global warming potential data, saying the 100-year data is more commonly used.

The methane accidentally released during LNG bunkering has a much higher global warming impact than other carbon emissions, adding to its environmental impact.

LNG bunkering is currently the leading alternative bunker fuel as the shipping industry starts to contemplate moving on from oil to address its greenhouse gas emissions.

But environmental groups are wary of encouraging shipowners to commit to new ships with 25-year lifespans running on another fossil fuel, saying it would be better for the industry to move directly to cleaner options like hydrogen and ammonia.

Company is "prepared to take further strategic decisions and consider changes to the overall financial framework as necessary".