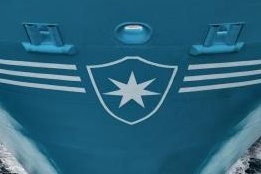 Maersk says that there is no fear of a shortage of complaint fuel when the "IMO 2020" global 0.50% sulfur cap on marine fuel comes into force from January 1, 2020.

"Everyone that we're talking to in our dialogues in the refineries, in the bunker suppliers, they're not fearing any shortage. That's not something that they're fearing at all," Simon Bergulf, director for regulatory affairs at A.P. Moller-Maersk A/S, was quoted by Bloomberg as saying.

"They believe they're well equipped to handle that transition."

Despite saying last month it may invest "in a few scrubbers," Maersk has was one of the first to snub scrubbers and take a firm stance on using inherently compliant low-sulfur fuel when the new rules come into force.

Meanwhile, contango is expected to cause another rise in stockpiles.

The company is looking for candidates with one to three years of experience.