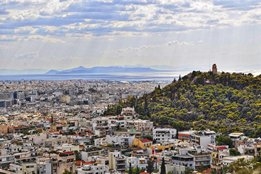 Praxis Energy Agents is relocating its Dubai business to Athens, Greece. and, contrary to recent market chatter, there will be no changes to its locations in Singapore and Houston.

"The office will be led by Mr. Manolis Manolas with 10-year prior bunkering experience with Praxis-Greece (2010-2011) and Praxis-UAE (2011-2019). Mr M. Manolas replaced ex-General Manager Mr. Dimitris Mertikas who lost his post on 30th of September. We wish to him well and success at his new ventures wherever those may be laying."

The relocation to Greece marks a return home for the company, which was founded in Athens in 1993.

"The group expanded over the years in all time zones covering locations from Singapore to Dubai, and the US. Due to the turbulent times in Greece during the 2010 financial crisis the group opted to move away from Europe and towards the Middle East only to return back to its homeland this year, after the recent improvement of financial conditions in Greece and the removal of capital controls," the company explained.

Praxis says it sells around $250M worth of bunkers each year (at current prices) with the majority of its customers coming from the Greek and Turkish ship-owning markets, and the Asian Pacific time-charter operators.

"The Praxis companies are not centrally controlled by any specific location but rather each and every one of its offices administers itself independently," it added.

Bunker One launched its West African operation in February, primarily supplying in Lome but also serving ports across the region from Ivory Coast to Gabon.

At present the optimism is eclipsing health concerns of a second virus wave.