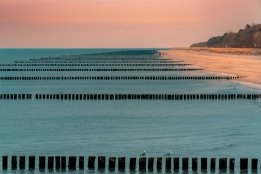 Critics of marine exhaust gas cleaning systems (EGCS) have used the launch of a new report to renew calls for restrictions on use of the technology, prompting advocates of so-called scrubber technology to reiterate their position that there is no evidence to suggest such measures are warranted.

The publication released by the International Council on Clean Transport (ICCT) uses pre-pandemic data on shipping movements to project where and by how much scrubber washwater deposits will be made. It assumes 3,600 ships use scrubbers (the figure at the end of 2020).

While scrubber advocates maintain that washwater is not harmful to the marine environment, ICCT reiterates the counter view that "scrubber washwater is toxic to some marine organisms, harms others, and can worsen water quality".

countries and ports could ban scrubber discharges in their waters, and flag states could agree to phase out the use of scrubbers on ships flying their flag

Of particular concern for the report's authors is that regions with heavy shipping traffic, for example, the Baltic Sea, the North Sea and the Malacca Strait, are more exposed, and moreover that washwater will be deposited in certain Particularly Sensitive Sea Areas (PSSAs) including the Great Barrier Reef, the report said.

ICCT look to the International Maritime Organization (IMO) to instigate change, suggesting it "could immediately call on ships to voluntarily stop dumping scrubber washwater in PSSAs".

In addition, the report suggests that "countries and ports could ban scrubber discharges in their waters, and flag states could agree to phase out the use of scrubbers on ships flying their flag".

In response to the report, scrubber advocate group CSA2020 said it "welcomes all scientific inquiries on scrubbers that are objective and well-researched" but suggested the latest ICCT report fell short of this mark.

there appears to be too many errors, including the very high assumptions used in their calculations, to justify the policy recommendations they have suggested

"In the case of the recent report issued by the ICCT, there appears to be too many errors, including the very high assumptions used in their calculations, to justify the policy recommendations they have suggested," CSA2020 said in an emailed statement to Ship & Bunker.

"Looking first at water quality, the studies quoted in the report used very small and outdated sample sets, even the 2020 study has samples from only two ships in 2014.

"We believe that a more credible analysis would use current and extensive data set that takes advantage of the many operating hours that the industry has now accumulated. For this, we suggest the CE Delft study (Faber et al 2019) which examines hundreds of washwater samples and finds them comparing favorably with the 2021 EU water quality standards, and even the WHO drinking water standards, and also negligible accumulation of washwater components over decades."

Calls for usage limitations on scrubbers - including an outright ban - are nothing new, with the debate ostensibly locked in a stalemate with both sides believing they have the science to back up their respective positions.

While a number of local authorities have placed restrictions on wastewater discharge within their territorial waters, any near-term IMO-level restrictions are seen as unlikely, not least because the use of scrubbers was a key part of the case for introducing the 0.5% sulfur cap in 2020.

Edmund Hughes, IMO's former head of air pollution and energy efficiency, last year told Ship & Bunker that if any such action was to occur it would not be "for a reasonable period of time that would allow you still to get a return on investment."

No casualty incident recorded since June, according to shipping analyst.

Pasha Hawaii's 2,525 TEU container ship the George III took on LNG at the Port of Long Beach on Wednesday.

The firm showcased its CII monitoring and reporting tool at an industry event in New Orleans last month.