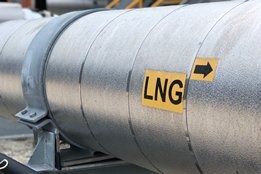 The agreement will see the supply of approximately 270,000 tonnes per year of LNG as fuel over 10 years at Marseille-Fos.

The fuel will be for CMA CGM's future 15,000-TEU container ships that will operate between Asia and the Mediterranean, and that are scheduled for delivery starting in 2021.

The first of those, CMA CGM Jacques Saadé, was launched in September.

At a combined 570,000 mt/year, the agreements between the French firms represent by far the biggest commitments to LNG bunkers to date.

An extended shutdown may cause problems for the South African bunker market.