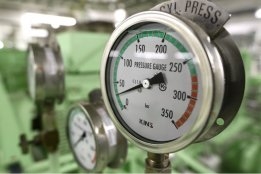 Maersk today said it will join forces with a group of Dutch multinationals including Shell and Heineken to undertake a major trial of biofuel bunkers.

The fuel will be supplied by Shell and is produced from used cooking oil.

A blend containing up to 20% biofuel with traditional bunkers will then be used in one of Maersk's triple-E containerships for a round trip sailing between Rotterdam and Shanghai some time between March and June 2019.

Maersk said it will represent the world's largest maritime biofuel pilot, saving 1.5 million kilograms CO2 and 20,000 kilograms of sulfur emissions in the process.

The group sponsoring the pilot are FrieslandCampina, Heineken, Philips, DSM, Shell, and Unilever - all members of the Dutch Sustainable Growth Coalition (DSGC).

DSGC says its members and Maersk all agree that tackling harmful emissions related to shipping is urgently needed.

"Biofuels are one of the viable solutions that can be implemented in the short and medium term. Through this pilot, we aim to learn more about using biofuels in general, and to understand the possibilities around increasing its usage in a sustainable and economical way."

The prediction is based on an analysis of the voyages of 15,372 ships over the past year.

The Sunflower Kurenai, owned by shipping firm MOL and operated by its subsidiary Ferry Sunflower Co, entered service on January 13.