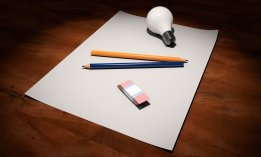 The firm expects to deliver the first system next year. File Image / Pixabay

The company has developed the methanol fuel supply systems for both two- and four-stroke engines, and can adapt them for dual-fuelled methanol propulsion retrofits as well, it said in an emailed statement on Tuesday.

The firm expects to deliver the first system next year.

"Existing fuel oil tanks can be used for storage with little modification, as methanol can be stored at ambient pressure and temperature," John Bergman, CEO of Auramarine, said in the statement.

"Although methanol has lower volumetric energy density than LNG, the tank arrangements for methanol can still fit in a smaller space as no cryogenic or high-pressure infrastructure is required.

"Auramarine's Methanol Fuel Supply Units ensure the safe delivery of methanol from the service tank to the Master Fuel Valve, regulating the flow, pressure and temperature of the methanol to meet the specific requirements of the engine.

"The system actively maintains the supply pressure within the specified tolerances during load changes and filters the fuel to prevent any impurities from entering the engine."

Container shipping firm AP Moller-Maersk has been the biggest early adopter of methanol bunkering thus far, with 13 container ships running on methanol due for delivery over the next few years.

Marc Hoim has joined Hartree in Houston as senior fuel oil trader as of this month.

VPS is one of 18 firms involved in a consortium led by the GCMD investigating how to set up a global biofuel bunker supply chain.