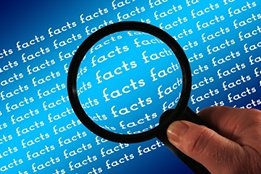 With the recent “bad bunker” episode looking to have come to an end, the International Council on Combustion Engines (CIMAC) says the root of the issue remains unknown.

“Based on the available information, CIMAC Fuels have concluded that so far there is no explanation as to the root cause of the occurred incidents other than the fact that based on the number of suppliers that have been affected, it can be deduced that some incident has likely occurred further upstream,” the well-respected group says.

As Ship & Bunker has covered at length, as many as 200 vessels were affected with problems from fuels supplied in Houston, Panama, and Singapore that included the sticking of fuel plungers, blocked fuel filters, and/or fuel-pump seizures and failures.

Shipowner/operators’ ability to understand the problem and protect themselves was complicated by the fact that problem fuels all passed ISO 8217 testing.

The matter was further frustrated when more in-depth testing revealed not all the problem fuels presented the same composition of suspected contaminants, and not all ships lifting from the same fuel source experienced problems.

“Based on the results of the extensive fuel analyses performed by the various fuel testing labs represented in CIMAC Fuels, no final and concrete conclusion can be made as to what specifically in the fuel formulation may have caused these incidents. Investigative testing has shown a range of chemical species in the fuel oils used at the time of the issues. Most were present at very low levels although some were present in more significant concentrations in some samples. It is unclear if and to which extent these chemical species are also present in other currently used and historically used fuel oils without issue,” CIMAC says.

“There are no consistent findings across the number of fuels tested (neither on components nor concentrations) that can be used to clearly distinguish problematic fuels from nonproblematic fuels. In other words, so far, it has not been possible to confidently conclude if the blending process had gone wrong in some way or how any of the unexpected chemical species had made its way (deliberately or accidentally) into the fuel oil.”

Looking ahead CIMAC advises operators to remain vigilant on bunker quality, and reminds that Clause 5 of ISO 8217 “is an all encompassing requirement specifying that it is unacceptable to supply, blend or allow even an accidental ingress of any product(s) that would render the fuel unacceptable for its intended use.”

The company has ordered a rotor sail for its ferry the M/V Berlin.

But TotalEnergies says oil demand will plateau for good by 2030.