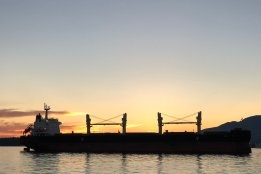 A new service from West P&I aims to help bunker buyers calculate how much fuel they may have been charged for but never received.

The 'theoretical short lifting amount' is calculated from a difference between density declared on the BDN and the actual density of tested samples, using underlying data from testing agency VPS.

"The short bunker fuel supply is a known problem within the maritime sector. Statistical data helps identify ports where short lifting of the bunker is less likely, making it a factor in purchase decision-making," says West P&I.

Short deliveries have long been an issue within the industry, but this year attracted particular attention when an analysis by BLUE Insight found at the ports of Rotterdam and Fujairah it cost bunker buyers a combined $250 million last year.

Singapore's GCMD to Work With Gard on Maritime Decarbonisation

The two organisations have signed an impact partnership agreement committing to five years of collaboration.