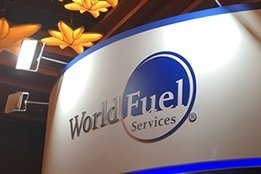 World Fuel Services' marine division has delivered its strongest quarter in almost five years, with the recent drone attacks on Saudi Arabia oil facilities, industry preparations for IMO2020, and its programme of cutting back on low-margin higher-risk business all contributing factors for the result.

In particular, the Saudi Attacks had caused a tight high sulfur fuel oil market in Singapore.

"It is possible that the timing of such disruption in advance of the upcoming IMO 2020 low-sulfur regulations going into effect also contributed to the increase," Ira M. Birns, WFS Executive Vice President and Chief Financial Officer, commented during its earnings call.

"Similar to prior years marine also benefited from seasonal activity during the third quarter."

"That's a $10 million or 24% year-over-year increase, representing the highest level of quarterly marine gross profit since the first quarter of 2015," Birns said.

WFS is now in its third year of cutting back volumes of low margin, low return activity in Asia.

Despite having predicted earlier this year that its falling volumes had likely bottomed out, 3Q 2019 sales volumes fell again, down 9% to 5.5 million mt vs 6 million mt sold in the period last year.

Looking ahead, Birns sees opportunity for marine in Q4 due to volatility as the IMO2020 rule comes into force.

Analysts are also concerned about OPEC ramping up output next month.

The deadline for applications is December 31.