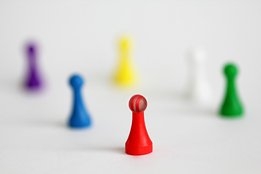 Multiple parties have shown interest in bidding for Aegean Marine Petroleum Network [NYSE:ANW], but according to those close the matter, Mercuria Energy Group Ltd is in pole position to buy the bunker supplier.

As part of the Chapter 11 restructuring process initiated earlier this month, Mercuria has placed an initial "stalking horse" bid for the bunker supplier valued at $681 million.

The terms of the sale agreement mean any other bids must be higher than this.

Speaking to Ship & Bunker today, Aegean director Tyler Baron said he was not in a position to comment on whether any further bids would be made, but confirmed other parties have expressed their interest.

"We've signed NDAs with a number of groups that may participate in the auction," he said.

"I'm not in a position to say [if they will], I think that will be borne out once the auction is opened."

But Aegean's restructuring comes at a difficult time for the market, and with the advent of IMO 2020 on the horizon expected to squeeze that market even further, fellow physicals such as Bomin Group are more focused on rationalizing their operations than expanding.

"Given its perilous state and after surveying the market, it will be a surprise if any rival bids from other bunkering firms come in to top Mercuria's offer," the Wall Street Journal quoted a person close to the matter as saying.

Aegean has a vast network that is understandably attractive to the right buyer. Even so, Baron stresses Mercuria's interest is far from a done deal.

"Providing a stalking horse bid makes Mercuria's intentions clear, but this is a fair and transparent process that is designed to maximize value for the estate," said Baron.

Aegean has stressed that during this time "it continues to operate in the normal-course and all payments to suppliers and vendors have been made and will continue to be made."

Bunker cost in major ports its lowest in over 4 years.