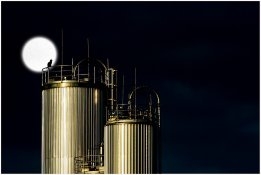 Brazilian bunker company Petrobras is to increase its activity in the Singaporean bunker market.

The company has been supplying 0.5% sulfur bunker fuel at the southeast Asian bunkering hub since July and has plans to do more.

The company has been in the market for low sulfur fuel oil in the Singapore market since the introduction of emission control areas in the region. It is also a producer of sweet crude oil grades which lend themselves to low sulfur fuel oil production.

The organisations have developed the NextGEN concept, a "collaborative global ecosystem of maritime decarbonisation initiatives."