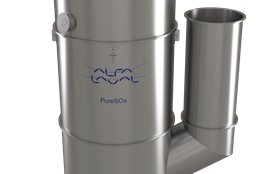 Dry bulk operator Safe Bulkers has deemed the completion of its first scrubber retrofit is a success.

Tests during the unit's commissioning showed it can “comfortably” scrub down to the 0.10%S sulfur limit for emissions control areas (ECAs) within Europe and North America. The sulfur content of the fuel used for testing was not specified.

Safe Bulkers plans to install a total of 18 scrubbers to its vessels this year and a 19th during Q1 2020, in line with its retrofit programme announced last year.

Wednesday was Hughes's last day at the IMO.