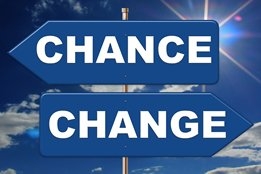 The introduction of a new global 0.50% sulfur cap for bunkers is going to change where and how the bunker industry does business. And while some players have already made the necessary changes to ready themselves for this new world, there are others who still need to act if they are to successfully navigate IMO 2020.

That is the view of Paul Millar, Group Credit Manager at Bomin, whose company made headlines last year over its decision to pull out of two of the world's biggest bunker markets as part of its own preparations for the new rules.

Jan Christensen, Managing Director of Bomin Group, told Ship & Bunker at the time the decision to exit ARA and Singapore was the most commercially responsible thing to do. And speaking to Ship & Bunker recently, Millar says his firm is already benefitting from the move.

"I'm confident going into 2020. Exiting the Singapore market has freed up so much credit capacity for our global customers, and just by the way we've restructured the business it means we can focus on key customers," he says.

There have been some fairly experienced people in the credit industry who have gone, or been made redundant in the last couple of years

"The whole consolidation process has given us a chance to have a proper look at our customer base. I'm really quite satisfied with the customer base we've got now and it almost feels like we got ready for IMO 2020 a year early."

Christensen has also talked about how the entire marine fuel supply chain is under enormous pressure, and it has forced Bomin into a change of strategy twice in as many years - shifting first to a four-hub model at the end of 2016 and now to operating from just Houston and Hamburg.

And while some in the market interpreted - incorrectly it transpires - the change of direction as a sign that Bomin's parent Mabanaft was quietly looking to exit bunkering altogether, Millar says it is nothing more than a reflection of difficult and changing market conditions. It is something other players have been doing too, while some have yet to take what will be much needed action.

"Going from the global hub down to just concentrating on the strongholds of Germany and the Americas, that certainly wasn't on the cards a year ago but we're adapting and consolidating as we go on," he says.

"But many players have closed offices and cut back staffing levels. Most aren't recruiting and some are at standstill which I'm not sure is enough. I imagine some players in the market are lagging in that respect and might have to reshape their business more if they want to get through 2020 unscathed."

Of course, the latest round of industry staff cutbacks started in 2016. And while they may have been necessary for the companies in question, the industry overall may have been left a little weaker.

"There have been some fairly experienced people in the credit industry who have gone, or been made redundant in the last couple of years," Millar notes.

"I get the impression that some companies may struggle in this area come 2020."

Meanwhile, the IEA predicts a sharp demand rebound for the remainder of 2021.

The ship was launched at Jiangnan Shipyard this week a year after steel was first cut on the vessel.