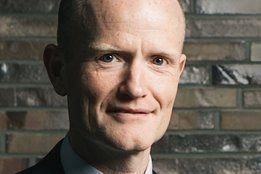 Recent talk of Bomin exiting the bunker market entirely are unfounded and likely stem from a misunderstanding over an internal email.

The email stating that "bunkering does not fit into parent Mabanaft's business model" emerged following the bunker supplier's September 21 announcement it would shutter its Singapore and Antwerp "hub" offices.

There is expectation that the upheaval of IMO 2020 will force some players to exit the marine fuel business, and having closed several offices in recent years including its Dubai "hub" office in June, some had - incorrectly it now transpires - taken the content of the email as evidence Bomin was one of those quietly making a slow exit from bunkering altogether.

Bomin and Mabanaft have no plans to leave bunkering

"Bomin and Mabanaft have no plans to leave bunkering," a spokesperson for Bomin confirmed to Ship & Bunker, adding that comments in the internal email referred only to locations mentioned in the September 21 announcement.

Following that announcement, Jan Christensen, Managing Director of Bomin Group, told Ship & Bunker that the marine fuel supply chain is under enormous pressure and its decision to operate from just two offices going forwards, Houston and Hamburg, was the "commercially responsible" thing to do.

"The reality is that this is impacting all players within the market, and companies will have to respond," he said.

News that Bomin has no plans to exit the market was not a surprise to all.

"Staying in Germany of course makes sense for them because of the Mabanaft connection, but mostly because they make money there," an industry source told Ship & Bunker.

Suppliers have been purchasing debunkered HSFO from shipowners at a discount to resell it to others with scrubbers equipped to their vessels.

Amy Barty is said to have extensive experience within the oil and financial markets.

Only 10 cases of non-availability of compliant fuels have been reported to the IMO so far.