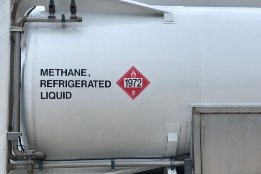 Container line CMA CGM and gas firm Engie are set to invest in a project seeking to set up biomethane production in Le Havre.

The two firms will invest in the Salamander project, which is aiming to set up a biomethane plant in Le Havre whose product could be used as bio-LNG to fuel the container line's gas-powered ships.

The two companies announced a partnership in November, and aim jointly to produce up to 200,000 mt/year of renewable gas by 2028 for use in the shipping industry. The Le Havre site is targeting production of 11,000 mt/year of biomethane from 2026.

CMA CGM expects to have 77 gas-powered ships in its fleet by the end of 2026.

"To reach our target of net-zero carbon by 2050, the CMA CGM Group is seeking to form solid industrial partnerships, led by this initiative with ENGIE that aims to produce up to 200,000 tons of renewable gas annually by 2028," Christine Cabau Woehrel, executive vice president for assets and operations at CMA CGM, said in the statement.

"Salamander is the first industrial ramp-up to emerge from the partnership, an advanced pilot helping to develop the renewable gas sector, in keeping with the goals of energy independence and the energy transition set forth by the European Commission in the RepowerEU plan."

FOBAS has seen samples of fuels similar to the recent contamination at the ARA hub in Ulsan and Singapore.

C-Job Naval Architects has been chosen to develop the ferry's design.

The company has signed a cooperation agreement with shipowner Wah Kwong and Shanghai Qiyao Environmental Technology to set up a carbon capture feasibility study.