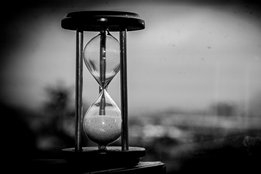 The deadline is fast approaching for shipowners / operators looking to use fuel treatments for tank cleaning as part of their switchover strategy to IMO2020 compliant fuels.

As discussed in Ship & Bunker last year, fuel treatment supplier Aderco are among those recommending treatment starts no later than June 2019.

But as with everything IMO2020, there are several ways to approach challenges arising from the new rules and tank cleaning is no exception.

Adding specialist treatments to HFO bunkers currently being burned is just one of several approaches owners can take in preparing for the new fuels, but it is a route that requires some of the earliest action.

Manual tank cleaning is another option, with the timing of this approach dependant on when slots are available for the work to be performed.

Another key option is to skip the cleaning and load LSMGO or 0.50%S VLSFO into a stripped tank and flush the fuel system with the low sulfur fuel.

This will cause the complaint fuel to commingle with the leftover noncompliant fuel, so not only does this approach require fuel compatibility issues to be considered, it needs to be performed far enough in advance of the new rules such that any commingled fuel not meeting the 0.50% max sulfur specification is burned off before IMO2020's January 1, 2020 start date.

How far in advance this needs to be done will vary on a vessel-by-vessel basis, with factors such as tank size, shape, and layout all playing a part, as too of course will the sulfur content of the bunker fuels being used.

One owner has told Ship & Bunker that based on its tests the process will take no more than a couple of days before the resulting emissions meet the 0.50% compliance level.

On the other end of the spectrum, Robin Meech, Managing Director, Marine and Energy Consulting Limited, says for larger vessels with multiple deep/wing bunker tanks the process could take many months even if the crew clean the settling and day tanks.

Problems can arise as the BDN is the legal proof of the bunker's sulfur content.