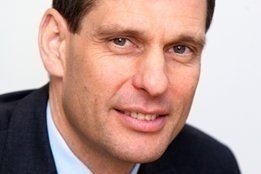 ExxonMobil has challenged the widely held view that the post 2020 bunker market will be dominated by distillate fuels.

"It will not be a distillate world going forward, as some have said," ExxonMobil's marine marketing manager, Iain White, was quoted by Platts as saying Thursday during an event at International Petroleum Week (IPW).

A global 0.50% sulfur cap on marine fuel comes into force on January 1, 2020. And while Adrian Tolson, Senior Partner, 20|20 Marine Energy, told Ship & Bunker back in 2016 he thought most suppliers expect to be making 0.50% maximum sulfur residual / gasoil blends, the focus of compliance strategies to date has been on vessels switching to compliant distillate products.

Indeed, the spread between HSFO and MGO is widely cited as a key consideration for ship owners / operators looking at the cost of 2020.

As the sulfur content of crude feedstocks vary from refinery to refinery it will not be practical to produce the low sulfur fuel oil blends in all markets. Where they are produced, the composition - and presumably pricing - will vary form market to market.

ExxonMobil says it plans to introduce "more than two, but less than 42" of such products.

A number of other bunker suppliers Ship & Bunker spoke to over the course of IPW said they were looking at selling fuel oil blends.

Also on Thursday, IMO's Edmund Hughes said information on formal specifications for 0.50% fuel oil blends is expected in the middle of next year.