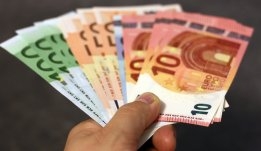 Other industries may foot the bill for the development of the hydrogen economy. File Image / Pixabay

The use of hydrogen in combination with fuel cells is an attractive option for shipping's decarbonisation process in part because other industries are already paying to develop the infrastructure needed for it, according to global energy producer Shell.

"Hydrogen is the zero-emissions fuel in combination with fuel cells that we believe will likely be the success for shipping," Grahaeme Henderson, global head of shipping and maritime at Shell, said in an interview at SIBCON Tuesday.

Henderson cited an Airbus project to develop a hydrogen-powered aircraft, a UK hydrogen train project and Daimler's plans for a hydrogen-fuelled truck as evidence that other industries' investments may be something shipping can use as a springboard.

"This means that the hydrogen production and distribution infrastructure will be built by other industries, and that shipping doesn't have to develop it on its own," he said.

"We know that it's a long way off, hydrogen, in terms of widespread adoption, and with all the new fuels there's significant challenges ahead.

"But as we continue to research, test and develop hydrogen for the longer term we can really start to focus and build momentum around decarbonisation in the industry.

"And that, I think, will help us in terms of those critical decisions we need to make, and we'll be able to make them in confidence."

Shell published a report last week with more details on its hydrogen plans, saying it intended to establish a consortium to develop and trial fuel cells on a commercial deep-sea ship.

Sing Fuels has moved its Dubai branch to a new address in the city at Jumeirah Lakes Towers.

ABB technology to be installed on shuttle tankers hold prospect of efficiency gains.

By ten private- and public-sector partners.