IMO2020: Every Drop of Fuel Will Count 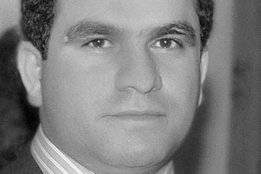 Rising bunker costs to comply with IMO2020 will have many consequences, but among them will be an increase in demand for surveying and inspection services.

"Due to extremely high operational costs for the owner/charterers, every drop of fuel will count and will have to be accounted for," Kaivan H. Chinoy, the Owner and founder of Petro Inspect told Ship & Bunker.

"We also believe that ship owners/crews should be extra vigilant on how their bunker samples are obtained/monitored post 2020, specially on the supply vessel (bunker tanker/barge) in ARA region where suppliers mainly rely on the spot sampling method – pouring directly in the sample bottles obtained through the drain valve."

"All of our surveyors trained in Singapore," he adds.

As for the growing demand for such services, Petro Inspect says this year has already seen an uptick in demand for its bunker surveying services, from both our existing and new clients.

In response, this month the firm hired Binh-an Nguyen as its Operations Manager serving the ARA region, bringing the team to a total of six experienced surveyors.

"We are aiming for 8 to 10 full time surveyors by the end of year to cope with the added demand for a more rigorous regime for Bunker Investigative Surveys (BIS) or commonly known as 221B Surveys, post 2020," Chinoy adds.

The firm is operating in more than 80% of the world's key bunkering regions.