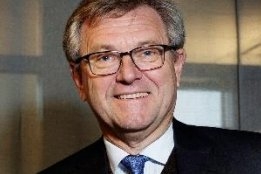 Alfa Laval, one of the key players in the exhaust gas cleaning systems (EGCS) market, today reported orders for scrubbers during Q2 fell “significantly” after a period of considerable interest in the technology.

But far from being a course of concern, if anything the supplier is now even more bullish on the outlook for the technology’s uptake and sees a market for over 5,000 scrubber retrofits.

With the 0.50% global sulfur cap little more than five months away the drop in orders is of little surprise.

Investing in scrubbers only make sense if the spread between HSFO and IMO2020 grade compliant fuel is wide enough, so owners having not already decided on using scrubbers for IMO2020 are now better served waiting just a few months to see how this pricing plays out in reality.

our original assumption of the retrofit period covering about 5,000 vessels will possibly be exceeded

“The scrubber market was as expected weaker during the quarter, pending the new sulphur directive that comes into force at year end and uncertainty around its effects on the fuel price,” said Tom Erixon, President and CEO, Alfa Laval.

“That our current year delivery capacity is sold out since long also contributed to the weak order development.”

Erixon says his view of the overall market is unchanged and is well on track to meet their long held view that 5,000 vessels will be fitted with scrubbers.

“If anything, our original assumption of the retrofit period covering about 5,000 vessels will possibly be exceeded as a result of the very strong beginning of the ramp-up period up until today,” he said during today’s earnings call.

“Let's see where it goes, but that will obviously be determined a lot not only by how the scrubber order intake looks next quarter, but let's say over the next two years.”