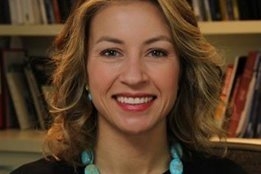 LQM is doing so with the insight and experience of Morten Eggert Troen, a veteran trader from the Bunker Holding Group and someone with whom the LQM team has worked closely in recent months.

"It's something that some of our clients have been asking for, and following the acquisition by Bunker Holding Group we've found that suppliers have also been offering us credit lines," said Femenia.

We'll trade if there's a reason for it, but this is certainly not a signal that we are going all out on trading

"So this is a natural evolution for LQM as we respond to the needs of our customers and the realities of today's bunker market."

Few in the industry will have escaped those realities, and while the most memorable headlines may have been made by the shock collapse of OW Bunker in 2014 and last year's demise of Hanjin, the fact is that today, there is more counter-party scrutiny in the bunker industry than ever before.

"We have long standing brokerage accounts with customers who are finding suppliers are being tighter with their credit. We want to work with those customers, not turn them away," Femenia told Ship & Bunker.

Bunker Holding Group acquired LQM in the Summer of 2015, and at the time said the acquisition was a "logical step" that "diversifies Bunker Holding beyond trading."

While some in the industry have speculated that this diversification would be a two-way street, and LQM's move into trading would be inevitable, Femenia is clear that this is not the case.

"There's been no mandate from Bunker Holding to do this; it's something we've been pushing for. We'll trade if there's a reason for it, but this is certainly not a signal that we are going all out on trading," she said.

"This is a conservative, customer focused response to today's market."