Only Radical and Unproven Technologies, not LNG or Biofuel Bunkers, Will Deliver Shipping's 2050 GHG Target: ICS 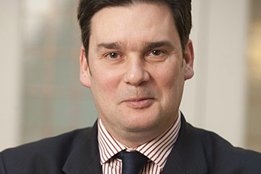 The Shipping industry will need to embrace radical and as yet unproven technologies to make good on its promise to cut GHG emissions at least 50% by 2050 compared to 2008 levels.

That is the message from International Chamber of Shipping (ICS)'s Deputy Secretary General, Simon Bennett, who this week was speaking at the annual Summit of Transport Ministers hosted by the OECD International Transport Forum in Leipzig.

While liquefied natural gas (LNG) and biofuel bunkers will play an important role in the short term, they are ultimately an interim solution that will not deliver the 2050 target, Bennett added.

"These targets can realistically only be achieved with the development and global roll out of genuine zero CO2 fuels," he said, reiterating ICS' long held view on the matter.

"To be clear, zero CO2 fuels means radical and as yet unproven technologies such as hydrogen fuel cells using ammonia or methanol, or batteries powered using renewable energy.  While LNG or biofuels will play an important part in the transition we only really see these as interim solutions that won’t deliver the ambitious targets which IMO has now set for 2050.

"While we are confident new zero CO2 technologies will eventually deliver they are not yet fully ready for maritime application, and certainly not yet for deep sea trades."

One of the bigger scrubber advocates prior to 2020 has managed to avoid much of the financial impact of narrowing fuel price spreads this year through hedging.

Of the VLSFO samples examined by testing company VPS in May, those from Europe had the highest proportion of off-specification findings.