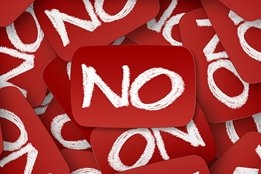 IMO members say no to the EBP. File Image / Pixabay

A proposal to implement an "experience building phase" (EBP) at the start of IMO 2020 has been rejected by member states Wednesday at the 73rd Marine Environment Protection Committee (MEPC 73).

Earlier today, a number of maritime media outlets reported it was expected that the proposal would be approved after gaining considerable support.

Initial sponsors of the EBP say the motive was not to delay the start of the global 0.50% sulfur cap on marine fuel, that comes into force from January 1, 2020, but rather create a mechanism whereby experience and other information regarding the implementation of the new rule could be shared among members.

This was thought to be particularly necessary given the perceived uncertainty over supply of compliant low sulfur fuel.

However, the EBP proposal, first submitted by members including Panama, Bahamas, and the Marshall Islands and co-sponsored by industry heavyweights including BIMCO and INTERTANKO, also envisaged that authorities would not be "unduly penalizing individual ships" for noncompliance during the experience-building period.

A number of stakeholders opposed to the idea saw it as a way to potentially delay the effective start of the IMO 2020 rule, and indeed recent comments by US authorities seemed to suggest the country had latched onto the EBP as a way to slow the rollout of the new sulfur cap.

"The administration wants to ensure that IMO 2020 occurs in a manner that is not harmful to consumers and the global economy," the White House said in an email to The Wall Street Journal.

IMO has repeatedly said there will be no delay to the start of the IMO 2020 rule.

Oil Dips, But Demand And Bullish Sentiment Show No Signs Of Easing

Goldman Sachs thinks Brent could reach $90 per barrel by year-end.