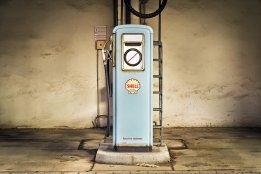 0.5% price related to price of other refined products (file image/pixabay)

Enough IMO 2020 compliant fuel oil will be available to shipping if it is prepared to pay for it, an investment bank has said.

Its assessment of a pricey 0.5% sulfur fuel oil has already been suggested by price reporting agency Argus Media.

The new assessment from Skandinaviska Enskilda Banken couches fuel oil prices relative to the price of other refined oil products.

According to the report's author, chief analyst Bjarne Schieldrop, the premium for 0.5% sulfur fuel oil over 3.5% sulfur fuel oil will be $360/metric tonne (mt) or above in the two years following the start of 2020 rule change. A change to fundamentals in the market for 3.5% fuel oil post-IMO 2020 should see its price fall "sharply lower", the report said.

0.5% sulfur fuel oil price will need to be priced close to that of low sulphur vacuum gasoil

"Almost 15 million barrels a day (b/d) of quality MFO [marine fuel oil] 0.5% can be produced from straight run refining if refineries maximize for it. However not a single barrel of MFO 0.1% can be produced this way. Therefore, Gasoil 0.1% and MFO 0.5% are necessarily very different products."

Given that sufficient 0.5% sulfur fuel oil can be produced to meet shipping's needs, such production "is more about retaining middle distillate components within SRFO [straight run fuel oil] 0.5% than blending gasoil with HFO 3.5% which would make little sense".

According to the report, the countries comprising the "EU28 can produce more than 1m b/d of SRFO 0.5% in 2020 if consumers of marine fuel are willing to pay the right price" and it would be "enough to cover both domestic demand and international bunkering demand in EU28".

0.5% sulfur fuel oil price will likely need to be priced close to that of low sulphur vacuum gasoil, according to the analyst.

Merrild had served as chairman for the past ten years.

"if we are smart, strategic, and work collaboratively across the value chain to support the right fuels and technologies, these emissions will become avoidable."