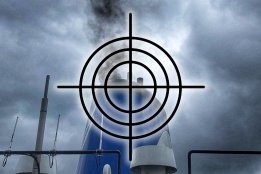 The titans of the shipping industry no longer have scrubbers in their sights. Image Credit: Ship & Bunker

The purchase by shipping company Euronav this week of its first scrubber-equipped tankers will be a moment supporters of the emissions-cleaning systems relish.

Formerly one of the most significant critics of scrubbers, Euronav will now receive its first VLCC equipped with one of the systems in the fourth quarter of this year.

Former CEO Paddy Rodgers had branded it a "mistake" for the International Maritime Organization to allow the use of scrubbers, and in late 2018 under his leadership the company was questioning the potential returns from investments in the technology and criticising its environmental shortcomings.

Euronav believes it can still fully capture the potential benefits of an investment in scrubbers after the start of the regulation.

The comments reverberated around the industry and, particularly after a high-profile Bloomberg TV interview, prompted several subsequent stories in the financial press that questioned whether the shipping industry would give up on scrubbers as an idea.

Rodgers left the company last year, and after the arrival of new CEO Hugo De Stoop, Euronav said in September that it it still had time to take advantage of strong scrubber economics early in the IMO 2020 transition.

"Euronav believes it can still fully capture the potential benefits of an investment in scrubbers after the start of the regulation," the company said in a statement in September.

Euronav is not alone in its road to Damascus moment.

Denmark's AP Moller-Maersk, the largest buyer of bunker fuel in the world, triggered gloom in the scrubber industry in May 2017 with the revelation that it would find other means of complying with the 0.50% sulfur cap in 2020.

"We have looked into existing and future solutions and concluded that we will secure compliance, not by scrubbers, but through the use of alternative fuels," Niels Henrik Lindegaard, head of Maersk Oil Trading, told Ship & Bunker that month.

While the business case for investing in scrubbers may look appealing at first, it is not a long-term solution to place such complex machinery on our vessels.

"While the business case for investing in scrubbers may look appealing at first, it is not a long-term solution to place such complex machinery on our vessels."

While Maersk was by far from the first shipping company to raise these arguments against scrubbers, the fact that it came from such a giant of the industry was a serious blow to proponents of the systems.

In the time shortly after the IMO confirmed its 2020 start date for the 0.50% sulfur cap in October 2016 there was considerable uncertainty about how the shipping industry should respond to it, and many were looking to larger companies like Maersk to see what approach would be the most sensible.

As late as August 2018 CEO Soren Skou was still voicing opposition to the technology.

"We think that the sulfur should be taken out of the fuel at the refinery where you have the big process plants to do so, and for us to build washing plants on700 ships simply does not make any sense to me," he said in a call with analysts that month.

But in the same call he conceded Maersk might experiment with "a few scrubbers to understand them better."

By February 2019 the company revealed it had committed to scrubber retrofit contracts worth $263 million.

And by February 4 of this year, shipping intelligence service Alphaliner reported Maersk's count of scrubber-equipped vessels was in the high thirties, making it the third-biggest buyer of the systems among container lines.

It appears largely to be the clarity we now have in the financial incentives for scrubbers that has changed the minds of critics; in operational and environmental terms the case has not changed, and to some extent new arguments against the systems have appeared.

At Rotterdam those with scrubbers currently pay about $177/mt less for their fuel than those without, according to Ship & Bunker pricing; at Singapore the spread is about $205/mt.

At Rotterdam those with scrubbers currently pay about $177/mt less for their fuel than those without, according to Ship & Bunker pricing; at Singapore the spread is about $205/mt.

DHT Holdings, less of a fair-weather scrubber supporter, is already reaping the rewards.

Last week the company revealed  it had already earned back $14.6 million in fuel savings of the $47.7 million it has spent on scrubber installations so far.

Ghost at the Feast

But those who have plumped for scrubbers as their IMO 2020 compliance solution are not completely out of the woods.

The ghost at the feast is the prospect of further bans on open-loop scrubbers, which have spread rapidly over the past year.

Although owners with scrubber-equipped tonnage appear comfortable and dismiss the idea of any financial impact, a move to ban them more widely at the level of international bodies like the European Union would be a significant blow.

This is likely to remain an annoyance rather than a serious financial problem, as owners will still be able to use their scrubbers in international waters unless their flag states decide otherwise, but the necessity of keeping significant quantities of VLSFO on board for use in the jurisdictions that ban open-loop scrubber discharge will cause operational difficulties.

And in time, with the biggest corporate opponents of scrubbers now having been won round to their merits, some of the impetus behind open-loop scrubber bans may fade away as the war on scrubbers moves into history.

For now, though, owners of scrubber-equipped tonnage can busy themselves with counting the money from their scrubber investments while enjoying a quiet smile at the new converts to their cause.

Crude and fuel oil trading desk moves back to Tokyo.

But Rystad Energy warns that the end of the Saudi output cuts will pose risk.