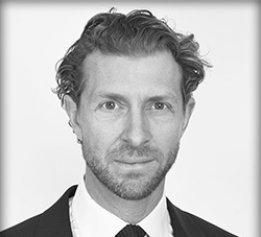 Maritime technology company Silverstream Technologies is seeing strong demand for its air lubrication systems, with fuel savings now coming in as high as 7%.

The company has now seen about 100 orders of its systems, and it has seen repeat orders from Shell, MSC, Grimaldi and Carnival, CEO Noah Silberschmidt told Ship & Bunker in an interview earlier this month.

"We have performed very well from an orders perspective," he said.

All the vessels that are coming online are performing better than we estimated.

"Some time ago we passed through £100 million in order intake; that's cumulative, but 80-90% of that has happened in the past 24 months.

"More importantly, I would say, is that all the vessels that are coming online are performing better than we estimated."

The systems, first developed several years ago, have shown consistent bunker savings of 5% or more by letting a vessel ride on a carpet of air bubbles that reduces friction between the water and the hull surface.

The company is now typically seeing fuel savings from the systems of about 7% for an LNG carrier, 5.5-6% for a cruise ship or ro-ro vessel and about 6% for tankers and bulkers.

The systems can be turned on and off during sea trials, meaning the firm and its customers can get an accurate impression of what fuel savings are coming from the air lubrication technology itself.

"The vessels with our systems on are typically vessels with high usage and with a high fuel bill," Silberschmidt said.

In five years' time, if you order new vessels, people will ask serious questions if you're not having an air lubrication system on board.

"A sweet spot for us is definitely LNG carriers; they are going fast and have got a big, flat bottom area.

"Not too long ago we also did a retrofit series of combination carriers; they're about 60,000 DWT.

"And on top of that we have all the ro-ros with Grimaldi and ro-paxes with Finnlines."

The firm now expects its systems to become a much more mainstream choice when newbuilds are ordered.

"My expectation is that in five years' time, if you order new vessels, people will ask serious questions if you're not having an air lubrication system on board," Silberschmidt said.

"It's so straightforward, and the saving you're getting is obvious."

Despite rising commodity and labour costs, the firm's cost for one of its systems remains at about EUR 800,000 for a small vessel and up to EUR 2 million for a larger one.

At current near-record bunker prices, that means ship owners can earn back the installation cost much more quickly than they would have been able to a year ago.

"Clearly if it's a vessel that has a very busy operational schedule, I'd say that your payback is down to one-and-a-half or two years, for certain vessels," Silberschmidt said.

"But I'm sure you could also find a vessel that's much less busy, and there it will be longer.

"We at Silverstream will focus on making our product available to sell at scale, to sell 10, 20, 30 at a time," he said.

"We're probably a little bit above our projection;  it's definitely possible to overshoot that number."

The three companies have signed a memorandum of understanding to promote the uptake of the air lubrication systems.

Wind power techology to be used on newbuilds to reduce transport CO2 emissions.