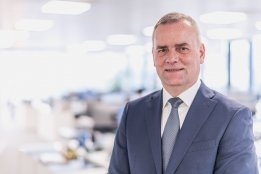 Bunker supplier KPI OceanConnect has made three new senior hires at the start of 2021.

Venetia Dimoka, previously a brand manager at Coca-Cola, joined the company as its head of marketing last month.

Richard Mills, previously a bunker trader for Peninsula Petroleum, has joined as sales manager in Singapore.

"Having the best team is a continuous objective of any successful organisation, and accordingly we are actively engaged in dialogues with several potential new hires," a company representative told Ship & Bunker by email on Friday.

"We are also currently looking for strong marine fuel traders/brokers for our European and US offices.

"Attracting and retaining the very best people remains a key objective for us, in order to achieve our ambitious growth strategy and deliver added value for our business partners."

KPI OceanConnect was formed last year from the merger of KPI Bridge Oil and OceanConnect Marine. Earlier this year the company reported a few redundancies from Singapore, London and Athens, following on from the completion of the merger.

Move designed to leverage off each other's infrastructure, assets to gain market share.

Given 'negative' outlook on climate change and price volatility risks.

Crude and fuel oil trading desk moves back to Tokyo.