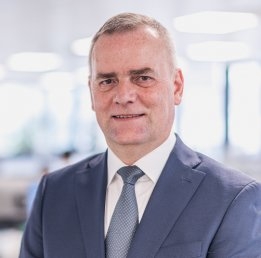 For KPI OceanConnect, the first priority after its merger completed last week will be the integration of its expanded staff, according to CEO Søren Høll.

"This is a people business, it's people first," Høll said in an interview with Ship & Bunker Friday.

"We started the integration, training and onboarding of our new colleagues on Saturday.

"First and foremost, the objective for us here is to get everyone to feel comfortable and part of the team."

The merger between KPI Bridge Oil and OceanConnect Marine was first announced in February, subject to regulatory approval, and was completed at the start of August.

The company has not set a firm deadline for the integration to be finished, Høll said, but for the foreseeable future it will be the top priority -- above any further expansion moves.

"We don't have any plans right now for expansion," he said.

"We are in the middle of a very big integration, and we will focus all of our forces on this from the start.

We are not actively pursuing any acquisitions.

"We do have our ears and eyes open if the match is there, but we are not actively pursuing any acquisitions."

Høll took an optimistic view on prospects for the bunker industry in the second half of 2020, despite recent reports of sharp demand declines in some locations.

"I expect that we will see a pickup in general in the industry and the market," he said.

"For KPI OceanConnect, I see a lot of opportunities with the creation of this brand.

"With the number of experienced colleagues we have on board, I definitely see a bright future."

KPI OceanConnect faced its own difficulty in between the merger being announced and completed, with OceanConnect trading teams in Hamburg and Athens stepping down from the company in June to join GP Global.

Losing the team in Hamburg may have been particularly unhelpful, with Hamburg being one of the four locations KPI was expanding to through the merger.

"I can say that I have plans to staff up in Hamburg, and I expect to be able to share more news about this within the next four to five weeks," Høll said.

As for Athens, the company will be relying on the existing KPI team to cover the market there for now.

"We have a very dedicated team in Greece that's doing a great job," Høll said.

Meanwhile, the path to normality begins as Britain approves the Covid vaccine.

The deal with HMM follows a similar one by MSC to take on Jotun's antifouling systems earlier this year.

Power for the vessels will come from wind turbines at the quay of the Calandkanaal at the Dutch port.