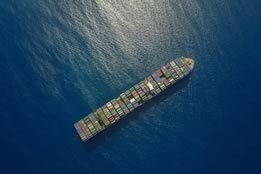 Maersk Line says the ban is the is best way to secure simple and robust enforcement of IMO 2020 regulations. File Image / Pixabay

Maersk Line is backing what it says is an "unprecedented" call for a ban on the carriage of high sulfur bunker fuels, arguing it is the best way to enforce the upcoming IMO 2020 regulations.

As Ship & Bunker previously reported, a number of organisations this week issued a joint statement in support of a ban on the carriage of high sulfur bunker fuels, which came ahead of the International Maritime Organisation (IMO) meeting in February during which the matter will be discussed.

The new rules will see a global 0.50% sulfur cap on marine fuel from January 1, 2020, and while most vessels are expected to switch to low sulfur fuels in order to achieve compliance, under the current scheme noncompliant fuels can still be burned providing the vessel is fitted with an exhaust gas cleaning system (scrubber) so it can achieve an equivalent method of compliance.

Among the proposals on the table are exceptions for vessels that have a scrubber installation.

"I am very pleased to see this unprecedented and very strong signal from all sides, industry and NGOs, to support a global ban on high-sulphur fuels," said Søren Toft, CEO of Maersk Line.

"A ban is the best way to secure simple and robust enforcement. Only this will secure a level playing field and ultimately the health and environment objectives of the IMO Sulphur rules."

Toft's comment will be of little surprise to regular Ship & Bunker readers; last May Niels Henrik Lindegaard, Head of Maersk Oil Trading, told Ship & Bunker it had discounted using scrubbers for IMO 2020 compliance, with the switch to compliant fuel the only way to ensure "a swift and effective compliance for the 2020 Global Sulfur Cap."

Maersk is also a long standing member of the Trident Alliance, which advocates for robust enforcement of maritime sulfur regulations.

From order first tendered in June.

There is sufficient evidence to charge the captain under the country's marine pollution act as well as the penal code for criminal evidence.