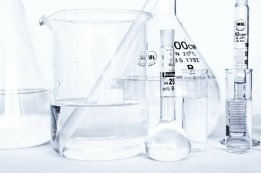 GCMS is an advanced and more expensive testing technique that has been used more widely in the bunker industry since the global contamination problems of 2018. GCMS tests were able to spot some of the contaminants that caused engine failures across the world that year where conventional testing failed.

"Platts is aware that additional testing of fuel oil quality, particularly GCMS, is being conducted more commonly now in the Singapore fuel oil cargo market," the price reporting agency said in a note to its subscribers this week.

"Platts would like to remind market participants that performance of trades reported in the Platts Market on Close assessment process is not conditional upon results of such additional tests."

The company is seeking to order ten 15,000 TEU ships and charter another ten from a non-operating owners.

Ammonia production plan to include agriculture, industry as well as marine applications.

Heavy fuel oil reported to have leaked from ship in southwestern Temotu province.