The Next Nine Years: LQM to Host Webinar on Shipping's Decarbonisation Path 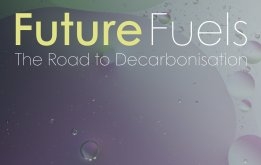 The event will be held at 1PM London time on November 12. Image Credit: LQM

Bunkering hybrid company LQM is holding a webinar this week looking at how shipping can navigate through its decarbonisation agenda in the years running up to the IMO 2030 deadline.

The event will be held at 1PM London time on November 12. For further details and to register, click here.

"We're really focused on the next nine years, whereby our customers are coming to us and saying, 'How can we comply with the 40% reduction in carbon intensity by 2030 with the tools that we have today, or are likely to have in our hands by the end of the decade?'" Rose told Ship & Bunker Thursday.

"Debate around the pros and cons of future fuel solutions such as hydrogen and ammonia is all well and good, but what about the next nine years?

In a post on the LQM website last month, Rose argued that the zero-carbon options like hydrogen and ammonia will not be adopted 'in any meaningful way' until after 2030.

Operational and technological changes including slow steaming and scrubbers, and policy changes like the European Union including shipping in its emissions trading system, are more likely to have a significant impact in the run-up to 2030, Rose said.

"Everyone in shipping understands the need to invest in the future (decarbonisation), but right now any capital expenditure will likely result in a 'first mover disadvantage', and that creates a significant barrier to innovation," he said.

"The next nine years won't be easy, but there is no doubt in my mind that during this critical period significant, practical progress will be made towards the IMO's decarbonisation goals – just don't expect the silver bullets to arrive before 2030."

Zeta Boosts Oil Prices, But Libya And Covid Still Dragging Down The Market