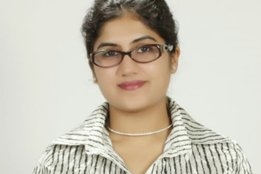 Ramchandani is an experienced bunker price analyst who first entered the industry in 2011 working for several years as a Senior Bunker Price Analyst at Bunkerworld.

"I am absolutely delighted that someone of Geetu's calibre has joined our team at this critical time for the industry," says Ship & Bunker Editor, Martyn Lasek.

"With the disruption of IMO2020 ahead, her experience will help Ship & Bunker to expand its bunker price service and offer even greater quality and value for our growing readership."

Ramchandani is based in Mumbai, India, and is focused predominantly on improving the depth of Ship & Bunker's industry leading global benchmark bunker price service.