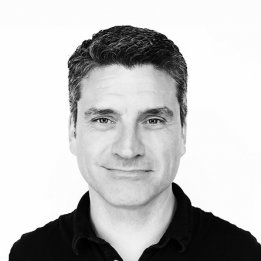 Maersk-backed biofuels firm WasteFuel is targeting the shipping industry as some of its main potential customers as it sets up biomethanol production sites.

The company has around 30 biofuel production sites around the world in development, and about 80% of these are methanol-focused, Trevor Neilson, CEO of WasteFuel, told Ship & Bunker in an interview earlier this month.

We believe strongly that biomethanol is the future for the decarbonisation of the marine industry.

On January 13 the company announced a new service, WasteFuel Marine, which will target the container segment for biomethanol bunker sales.

"We believe strongly that biomethanol is the future for the decarbonisation of the marine industry," he said.

"And not just decarbonisation; it's really important to note that methanol reduces other emissions.

"Beyond carbon dioxide, where we think we can get to about a 90% reduction in CO2, but also about an 80% reduction in nitrogen oxide. It totally eliminates sulfur oxide and particulate matter."

The firm is focusing on Asia and the Americas for its locations. The company has not yet announced the details, but may be ready to do so at some point in the next few months, Neilson said.

We are focused on very large, urban areas with high volumes of municipal waste.

"When we announce production sites, they are going to be projects that are very evolved," he said.

"We are focused on very large, urban areas with high volumes of municipal waste that are in reasonably close proximity to important ports around the world."

Container shipping giant AP Moller-Maersk made an investment of unknown size into the company last year. Morten Christiansen, Maersk's head of decarbonisation, is now on the WasteFuel board, and Maersk is the company's largest investor.

No supply deal has yet been signed between Maersk and WasteFuel, but the company is likely to be among the leading contenders to supply some of that methanol.

"We have a very close working relationship with Maersk," Neilson said.

"We believe that Maersk has set the new standard, and that the initial large ships that they've ordered will be just the beginning of this trend."

Maersk delivered something of a rocket booster to the prospects of methanol as an alternative marine fuel when it announced early last year that its first carbon-neutral ship -- a 2,100 TEU feeder vessel being delivered in mid-2023 -- would run on methanol. But WasteFuel had already been considering biomethanol as a candidate for the marine market at that stage, Neilson said.

It's better to be lucky than smart; I think we had a little bit of that with methanol.

"It's better to be lucky than smart; I think we had a little bit of that with methanol in that we put our stake in the ground and decided that, well in advance of speaking with Maersk or anybody in shipping, that when it comes to marine fuels we believe in green methanol," he said.

"We reached out to Maersk, not knowing them previously and it was prior to all of their big announcements on this, and it was something that they had clearly been working on for quite some time."

Synthetic Methanol Still Some Way Off

Beyond biomethanol, Maersk and others in the shipping industry are hoping that synthetic methanol produced using green hydrogen and captured carbon dioxide will become available as a greener marine fuel. But the industry may have a long wait on its hands for this to emerge, Neilson said.

"E-methanol is the second phase of our strategy," he said.

I am hopeful that seven years from now, e-methanol is a more practical option, but I think it may take longer than that.

"We believe that similar carbon reduction and other greenhouse gas emission reduction targets can be met through e-methanol.

"However, the technology is really not there yet to develop it at scale.

"Basically, that's an issue of two things. One, the price of renewable electricity, and then also the efficiency on a price per tonne basis of carbon capture.

"We're really closely following those two things, because we think that biomethanol is the first stage, and then over time, if those challenges can be addressed, e-methanol would be the second stage."

The changing cost of the components of green methanol will be a key element in determining how long this technology takes to mature, Neilson added.

"A lot of the business models that I've seen in e-methanol focused on carbon capture using renewables assume almost free electricity, which we just don't think is a reality any time soon," he said.

"I am hopeful that seven years from now, e-methanol is a more practical option, but I think it may take longer than that."

But March sales improve sequentially, up 7.7% over the 3.5 million mt sold last month.