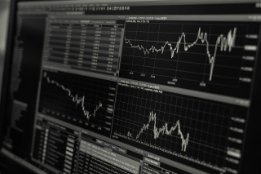 Bunker company Monjasa will make some its bunkering data available through the ZeroNorth platform, the two companies announced today.

The data covers Monjasa's pricing and fuel availability data "in a range of locations" including the four major hubs of Singapore, Rotterdam, Houston and Fujairah, though to "smaller or more regional trading ports."

Monjasa operates as both a physical supplier and trader globally.

ZeroNorth is a spin-off from Maersk Tankers that seeks to cut ships' fuel consumption and associated emissions with its software Optimise.

At the end of last year US-based agricultural giant Cargill became an investor in the firm after Maersk Tankers said it wanted to "attract strategic investors from the tramp shipping industry to develop the company and its products."

The company is looking for candidates with at least five years of experience in trading marine fuels.