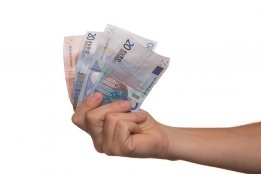 Early movers in decarbonisation may get better terms from lenders. File Image / Pixabay

Early adopters of zero-carbon shipping may benefit from a first mover's advantage, according to Danish Ship Finance.

Those who move to decarbonise their fleets the earliest may be able to set the terms for how the zero-carbon energy era works for shipping, the Copenhagen-based lender said in a research note this week.

"The first movers that actively engage with other major players across sectors could reach exclusive agreements with suppliers, set industry standards and develop strong relationships not only with customers but also with investors and lenders," the company said.

"By being among the first to develop and market zero-carbon transport solutions, first movers could obtain prime advantages that strengthen their access to cargo, capital and ports.

"Still, if the market responds unfavourably, then later entrants could capitalise on the first movers' failure to produce a product that aligns with consumers' interests – and the cost of imitating versus the cost of creating is significantly less."

The move towards decarbonisation could split the shipping industry into two tiers, with the zero-carbon fleets making more money, the lender's analysts argued.

"The standardised fleet of zero-carbon vessels would work to carve out the lucrative (and stable) parts of the market," Danish Ship Finance said.

"Long-term zero-carbon cargo volume contracts could be built into the system to introduce some degree of cash flow stability."