Premium for Methanol-Fuelled Ships Much Lower than for LNG: DNV 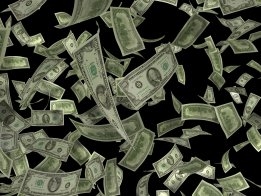 The premium for constructing methanol-fuelled container ships over conventionally fuelled ones is much lower than the extra cost for LNG propulsion, according to classification society DNV.

DNV has updated its 'Alternative Fuels for Containerships' document with an additional chapter on methanol propulsion, it said in an emailed statement on Thursday.

The firm sees the additional capital expenditure for installing methanol propulsion systems on a new ship, including engines, fuel pipes, tanking and other systems, as being 'slightly higher' than for conventional ships but only a third of the additional cost needed for LNG propulsion.

"In terms of long-term compliance with the IMO decarbonisation trajectory, investing in methanol-ready ships is low-risk," Jan-Olaf Probst, executive vice president for business development at DNV, said in the statement.

"DNV believes that because of its comparatively simple engineering and design requirements, methanol is likely to be adopted mainly by smaller ships, at least initially," Probst said.

Container line AP Moller-Maersk currently has 19 methanol-fuelled container ships on order, the first of which is due to enter service in the middle of next year.