21 Cruise Ships Set to be Powered by LNG Bunkers 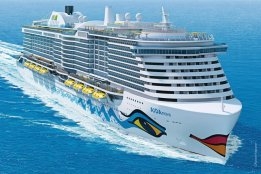 Tightening emissions regulations and a desire by companies to improve their environmental credentials is helping to drive the growing interest in using LNG as a marine fuel.

The latter is a particularly relevant factor for cruise companies who, due to the nature of their business, attract more public scrutiny than most other shipping sectors.

Data from G. P. Wild (International) Limited, who counts quarterly bulletin The International Cruise Market Monitor among its publications, shows there are now 20 cruise ships on order set to be powered with the alternative fuel.

Ten of the newbuilds have been ordered by Carnival and its Aida, Costa, Princess, and P&O brands.

Disney and MSC each have three vessels on order, while RCL have two on order directly and a further two through its Tui subsidiary.

The difficulty for ship operators is that, irrespective of which side of the argument has the "right" science, public opinion is increasingly driven instead by sentiment

Geographically, at least ten of the 21 will be based out of the Mediterranean, and seven out of the Caribbean.

Switching from traditional HFO bunkers to LNG affords unquestioned emissions benefits in certain areas, including a reduction in PM and SOx. But critically, opinion is still divided on LNGs ability to make a meaningful reduction of GHGs.

A comprehensive study by advocate groups SEA/LNG and SGMF recently concluded LNG can reduce GHGs up to 21%, and that it can be part of the IMO pledged efforts to reduce shipping's overall GHG footprint.

Skeptics disagree, and say the science points to the opposite conclusion.

The difficulty for ship operators is that, irrespective of which side of the argument has the "right" science, public opinion is increasingly driven instead by sentiment.

Further complicating the picture are mixed messages from environmental groups who are pushing the cruise industry to reduce its emissions footprint.

Only last year, AidaNova topped the list of NGO NABU's annual rankings for cruise ships by environmental performance after being awarded the highest possible score.

"The use of LNG reduces harmful air pollution significantly and residents of port cities and coastal areas will be allowed to breathe cleaner air. It is praiseworthy, that AIDA stepped forward and chose less polluting technologies for their new ships. Now the competitors are also asked to step up and to invest in clean new ships," Dietmar Oeliger, Head of Transport at NABU headquarters, said at the time.

However, last month NGO Transport & Environment joined other environmental groups in protesting the same vessel's arrival at the port of Barcelona.

"The arrival of the first gas-powered cruise ship in Barcelona is not sustainable tourism," said T&E's shipping officer, Faig Abasov, who labeled the event's portrayal as "green washing".

"As far as air pollution is concerned, we don't need new expensive LNG ships and port refueling stations to address it. Existing ships using ultra-low sulphur marine gas oil and fitted with after-treatment systems such as SCR and DPF could do a similarly good job. This would save taxpayers money from being wasted in new LNG bunkering infrastructure."

The accounting firm will help oversee the company's finances and negotiate with creditors.

Total sales climbed to 2.37 million cubic metres in the first quarter, up by 4.5% from the previous quarter and by 2.7% from the same period a year earlier.