Another Bank Narrows Its Presence in Commodity Trade Finance 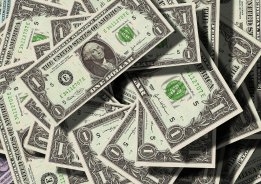 Credit may become increasingly hard to come by for the bunker industry. File Image / Pixabay

Netherlands-based Rabobank has joined the club of lenders backing off from commodity trade finance, in what may herald tighter access to credit for the bunker industry.

Rabobank plans to streamline its trade and commodity finance offering by closing terminating this activity in its London, Shanghai and Sydney offices, Global Trade Review reported Tuesday, citing a letter from the bank to its clients.

The move has been "accelerated by rapidly changing global markets due to the Covid pandemic, trade wars and changing banking landscape," the publication cited Rabobank as saying.

"In addition, significant fraud and default cases in our line of business, have forced us to carefully review our organisation."

The decision is the latest in a series of similar moves from banks over the past year.

And in October Swiss bank UBS said it had lost almost $60 million in a commodity trade finance fraud case.

Fraud cases like that of Hin Leong and GP Global, as well as the earlier demise of Inter-Pacific Petroleum, have left banks increasingly wary of lending to commodity traders and the bunker industry.

The company is seeking candidates with fluent English and Russian and with experience of derivatives trading.

Maersk will operate a feeder vessel running on synthetic or bio-methanol by 2023.