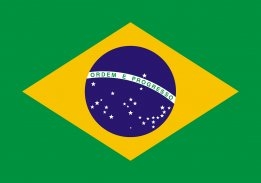 Brazil may be the first country to relent on an open-loop scrubber ban. File Image / Pixabay

The authorities in Brazil have given a temporary reprieve to shipowners seeking to operate open-loop scrubbers in their waters.

The country's Directorate of Ports and Coasts and Navy have changed their guidance on the subject to say the discharge of scrubber washwater is allowed in their waters, insurance association Standard Club wrote in a note on their website on Wednesday, citing information from BRAZMAR Marine Services.

But the change is only "until the competent environmental authority has the opportunity to better assess the scenario," the organisation said.

Several authorities around the world have brought in bans on the discharge of washwater from open-loop scrubber models over the past two years on concern about its impact on the marine environment. If Brazil does relent on its ban on a longer-term basis, it would be the first authority to do so after introducing a restriction.

The company has completed its acquisition of the Port Allen LNG plant from HR Nu Blu Energy.

Group wants to highlight polluting nature of fuel oil at the event.

Weaker exports compared to import behind the fundamentals.