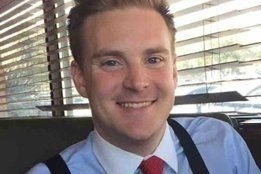 Houston-based GCC Bunkers has signed an agreement with Texas International Terminals in Galveston, Texas to become the exclusive bunker supplier at the terminal.

The supply deal follows an earlier processing agreement reached by the pair in August that covers the production of both IMO2020 grade fuel and emissions control area (ECA) compliant 0.10% sulfur gasoil.

“Offering bunkering services to our customers at Texas International Terminals was a natural next step in our progression as a growing supplier of marine fuels in the US Gulf Coast," GCC Bunkers’ Commercial Director, Zach Stansbury, told Ship & Bunker.

"Our customers will have access to the highest quality low-sulfur marine fuels - both VLSFO 0.5% and MGO 0.1% - being produced direct from our processing agreement at Texas International Terminals.”

Readers can direct inquiries to: Marketing@GCCBunkers.com