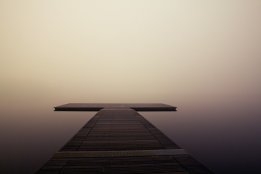 The risk of a recessionary US economy, investment funds holding back on taking distillate futures positions and steady gasoil pricing amount to a 'phoney war' before the 0.5% bunker fuel sulfur cap comes into force, an analyst has said.

To take gasoil prices, which are expected to rise on the back of strong demand, signs of a jump in values have yet to materialise, according to John Kemp, a market analyst with Reuters.

"Prices for European gasoil delivered in January 2020, the first month of the new regulations, and throughout the year, show no sign of an anticipated shortage," Kemp said.

"Gasoil is trading at a premium of around $18 per barrel to Brent, down from nearer $20 at the end of the third quarter, and essentially unchanged since this time last year," he added.

Kemp goes on to survey the macro economic factors bearing down on oil markets ahead of the bunker fuel rule change.

He points to "the high risk of recesion" for the US economy by the second quarter next year while noting that the global economy is growing "slowly".

Both factors would mute the oil product price impact of IMO2020. In addition, uncertainty has lead to fund managers shying away from taking speculative positions on oil products.

"Until some of the economic and other uncertainties have been reduced, hedge fund positions and price effects may remain limited, leaving the market stuck in a phoney war for now," Kemp said.

The company is now planning a seaborne trial with one of Europe's largest shipowners.

The product has a viscosity of 8 CST.

Hin Leong on its own "will have no reasonable prospects of being restructured or rehabilitated," PwC said in its preliminary findings Tuesday.