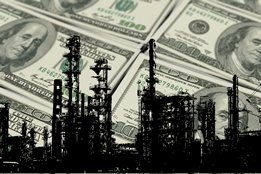 The upcoming IMO2020 rule on marine fuel is an enormous economic opportunity for the U.S. energy industry and its workers to supply low-sulfur fuels to the global market, says the newly formed Coalition for American Energy Security.

"These standards give the U.S. a significant advantage over foreign oil producers whose nations haven't made necessary infrastructure investments," says spokesperson Ken Spain.

"America's sector is prepared to meet demand for low-sulfur fuel. The investments made by U.S. energy producers will ensure that timely implementation of the IMO standards will provide greater energy security and increased geopolitical advantage for the United States."

The comments come with less than year to go before the start of the new global 0.50% sulfur cap on marine fuel, with some major players still believing the industry is unprepared.

While most now believe there will be sufficient fuel to meet demand, questions still liger over exactly what demand for the various products will be, and when, leading to the very real possibility of demand shortage and price spikes during the transition period if not beyond.

As for the goals of the newly formed CAES, the coalition says it is committed to educating policymakers about why IMO 2020 is good for American energy security.

"The U.S. energy industry is uniquely positioned to lead the world in providing IMO-compliant fuel, because we already produce clean shipping fuels and our global competitors do not have the necessary infrastructure. The coalition will shed light on these important economic and energy-security benefits," they told Ship & Bunker.

"Membership is broad and still growing, but current members include the American Fuel & Petrochemical Manufacturers (AFPM), the United Steel Workers (USW), the American Petroleum Institute (API), the Domestic Energy Producers Alliance (DEPA) and some of their member companies."

Nonetheless, talk is still rife that prices could soon reach $100.