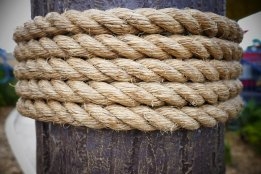 Two ships have been arrested in the Bahamanian port of Freeport in a dispute over payments for bunker fuel.

The ships are controlled by Italian shipping company PB Tankers, according to press reports in the Italian media.

The situation is separate from, and not linked, to the company's earlier difficulties related to US-imposed sanctions. The company was removed from the US sanctions list earlier this month.

Attempts by Ship & Bunker to contact the parties concerned had proved unsuccessful at the time of going to press.

Former CFO Carolina Dybeck Happe left Maersk after less than a year in the role to become General Electric's CFO in November.

But China will come to the rescue, says FIS' Chris Hudson.

TFG Marine PTE Ltd is the name of the new bunkering joint venture between Trafigura, Frontline and Golden Ocean.